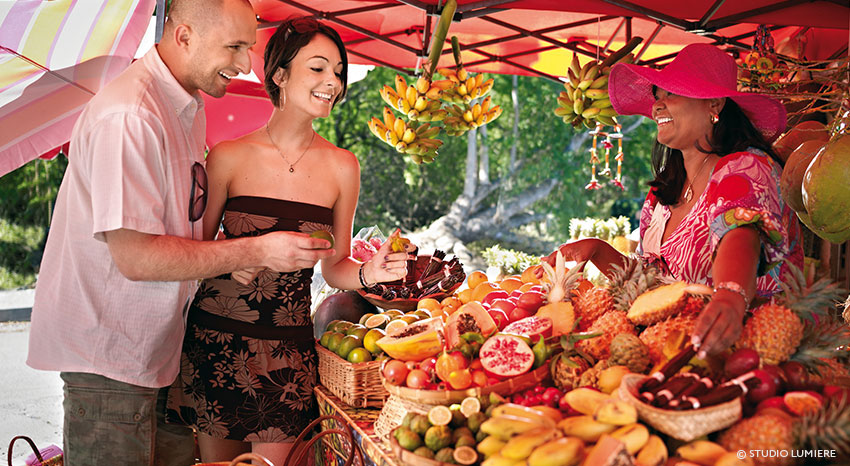 What is there to do and see in Reunion? Here’s a selection of the best tourist sites you mustn’t miss during your stay: walks, museums, heritage visits and many more.

The island’s west coast is one of great diversity. Stretching from Saint-Louis to La Possession, it is also called the leeward coast. The climate is dry and sunny, with beaches, lagoons and the open sea.

Getting around is made easier by the Route des Tamarins, a dual carriageway running across the west coast at mid-altitude, with impressive and artistic bridges crossing ravines and boasting stunning views across the Indian Ocean. Up in the hills, the land is covered with primary forests or replanted cryptomeria trees.

One of the largest municipalities in France. Featuring the island’s widest bay, Saint-Paul also includes the resort of Saint-Gilles and the part of Mafate which lies on the left of the Rivière des Galets (Marla, Roche-Plate, Ilet-des-Orangers).

Things to see and do in and around Saint-Paul:

– The viewpoint looking over the cirque of Mafate from Le Maïdo

– The Marine Cemetery, evoking the memories of some of Reunion’s most famous inhabitants, such as Leconte de Lisle

– The market along the seafront every Friday

– The village of Villèle up in Saint-Gilles-les-Hauts, including the Villele Museum, the neo gothic Chapelle Pointue (built in 1845) and ‘La Misère’, a chapel built in the 80s and repainted with the typically bright colours of Reunion’s Tamil temples. In addition to the weekly services, there are three major religious festivals celebrated every year, dedicated to the goddesses Marliemin, Pandiali (fire-walking) and Karli.

– Hiking in the cirque of Mafate

– The Aquarium in Saint-Gilles

This small town between the West and the South of the island boasts a lot of attractions to charm many a visitor. First of all, its picturesque, quiet and colourful town centre is a wonderful place for a stroll, from Notre Dame de la Salette down to the small marina. The beach stretches from one end of the town to the other. And after the sea, why not take to the air?! Saint-Leu is well-known for the many paragliders you can see in the sky at all times of the day, and the Paragliding World Championships are organized here every year.

Things to see and do in and around Saint-Leu:

– The market along the seafront next to the town hall, every Saturday from 6am to 1pm.

– Le souffleur, a natural blow-hole by the coast

Due to its lush green nature, the south of the island is also called the Wild South, close to the ‘Pitons Cirques and Remparts’, Reunion’s natural wonders classified as World Heritage by UNESCO. The wild south covers the south-eastern part of Reunion between Saint-Benoît and Saint-Joseph, featuring beaches, steep cliffs, forests, picturesque villages and fishing ports, with Piton de la Fournaise looming overhead, one of the most active volcanoes in the world.

Things to see and do in the Wild South:

– Manapany-Les-Bains and its natural swimming pool

– The beach and natural swimming pool at Grande Anse

– Langevin and its spectacular waterfalls and pools.

– Lava flows at the Grand Brûlé

– Garden of Perfumes and Spices

Reunion Island could be described as a Garden of Eden with a hidden fire at its core. At 2632 m, the summit of Piton de la Fournaise is one of the most active volcanoes in the world. Every year, the volcano shows off with colourful displays turning the night sky a shade of orangey-red. Its flanks are an adventure playground for hiking enthusiasts, with footpaths winding amongst the craters.

Because of frequent showers, the east coast of the island is often overlooked by tourists, but with its very lush vegetation and little villages, it represents a different facet of our island, one that has been the least affected by modernity. There are many spectacular pools and waterfalls. When people arrived from India, they flocked to this area to benefit from the fertile land, and much of the Tamil population still lives here today – why not visit the different temples?
It is also in this region of the island that the method for the fertilization of vanilla was discovered, and is still used today all over the world.

Things to see and do in the east:

– The kids’ playground in Bocage

– Le Domaine du Grand Hazier and La Vanilleraie, where you can learn all about vanilla

The north of the island and its main town, Saint-Denis, boasts all the attractions for those looking for a cultural visit in Reunion. With its many museums and sites to see, Saint-Denis will appeal to those who love history and would like to learn more about Reunionese culture.

Things to see and do in the north:

– Creole houses and buildings of the East India Company, particularly Villa Déramond-Barre and the Prefecture, open to the general public on the occasion of special European Heritage Days

– Mosque and other religious buildings

– Walks along the seafront at Le Barachois

– the picnic area in Le Brûlé, and the beginning of walks (Cascade Maniquet) or hikes (La Roche Ecrite)

It is located in the heart of Reunion Island, on the southern side of Piton des Neiges, an extinct volcano culminating at an altitude of 3071 m. Its summit and flanks are classified as a UNESCO World Heritage site.

It is the beginning point for many walks and hiking footpaths, such as the GR R1 (a loop around Piton des Neiges Tour through the 3 cirques) and the GR R2 which crosses the island in stages.

Things to see and do in Cilaos:

Located in the east, about twenty kilometres from the town of Saint-André, it is the pulsating green heart of the island. With its fertile and lush landscapes, it boasts a plethora of waterfalls, flowers and forests. The successive waterfalls as you drive in are a real spectacle (Le Pisse en l’Air, Cascade Blanche, Voile de la Mariée), as are the many hiking trails. From Salazie you can also access Mafate and its many hamlets (La Nouvelle, Marla, Îlet à Bourse).

Things to see and do in Salazie:

An amazing place for trekking, this area is perfect for hiking enthusiasts! It is only accessible on foot or by helicopter. Regardless of the route you take, you’ll still need to walk for several hours before being able to put your feet up and relax.

– Hiking to Mafate: from Sans-Soucis (the hills of Saint-Paul) to Ilet des Orangers along the Canalisation des Orangers footpath. (2h to 3h one-way – easy)

– The three cirques in 2 days
Reunion’s 3 cirques (Cilaos, Mafate and Salazie) in two days, with a night in La Nouvelle 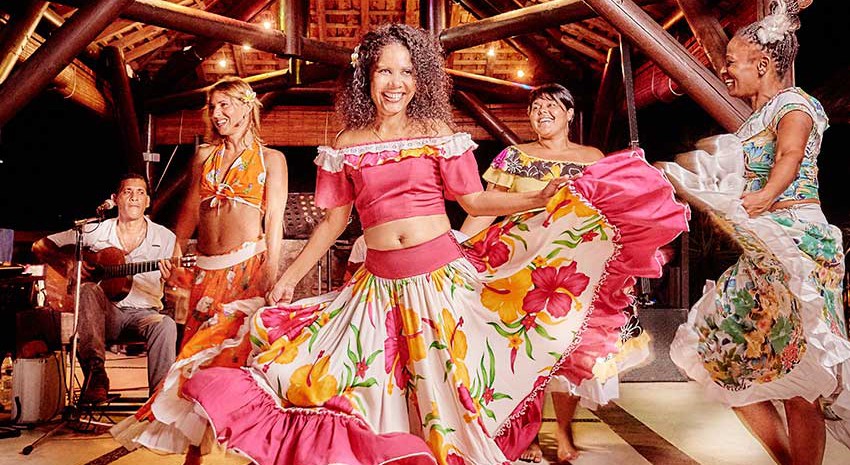 Dance to the sounds of Maloya and Séga and dine on an authentic Creole buffet. More info >